The Most Beautiful and Luxurious Places in Portugal 2021

Portugal is a country of beautiful and luxurious places that should be on your bucket list for this year.

With elegant resorts, traditional villages, cities, historical treasures and a wide assortment of UNESCO World Heritage Sites, natural and cultural wonders offer a window onto this once great seafaring nation. You will explore centuries-old vineyards and stone villages in the mountains, soak up some rays on the magnificent southern shoreline and play golf in the world-renowned golfing region of the Algarve.

From the historic cities of Lisbon and Porto to the tiny cobbled villages of the north, the vast wine region to the wild Atlantic coast, Portugal will leave you remarkable memories. 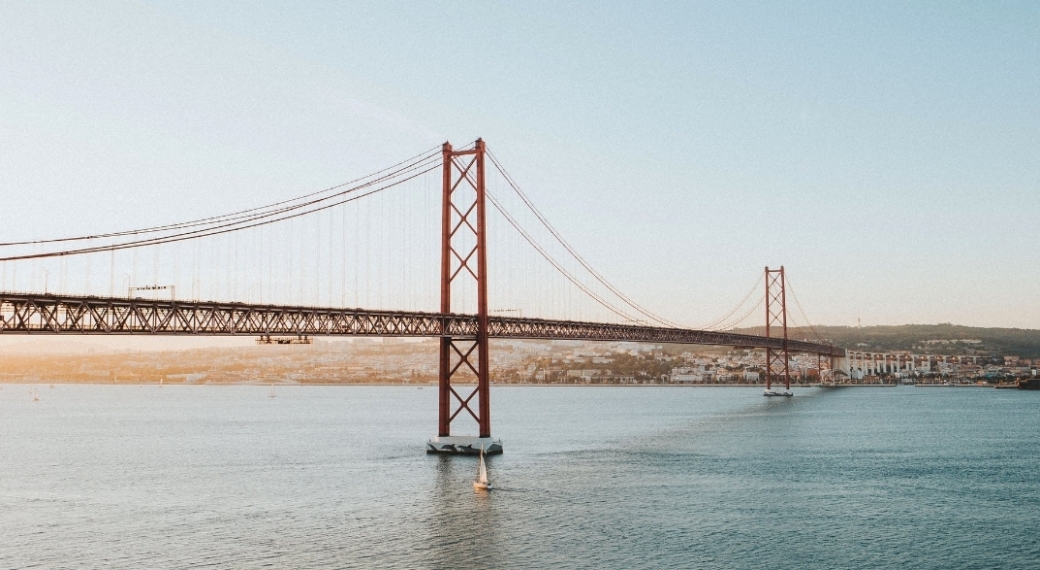 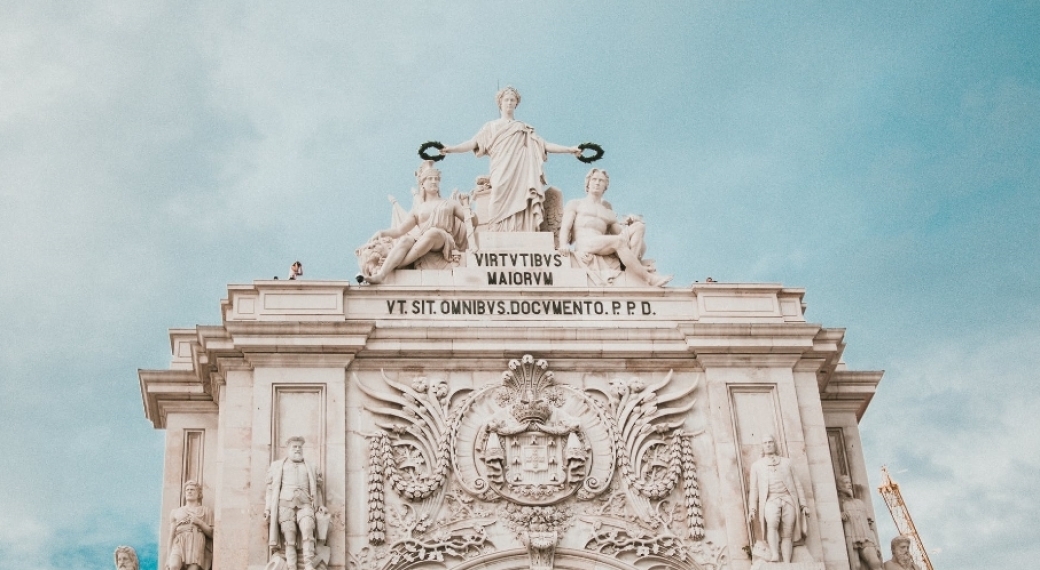 The capital of Lisbon is considered one of the most outstanding cities in Portugal and in the whole of Europe. Lisbon is a mosaic of winding streets, open plazas, stunning churches, and miradouro lookouts waiting to be discovered. 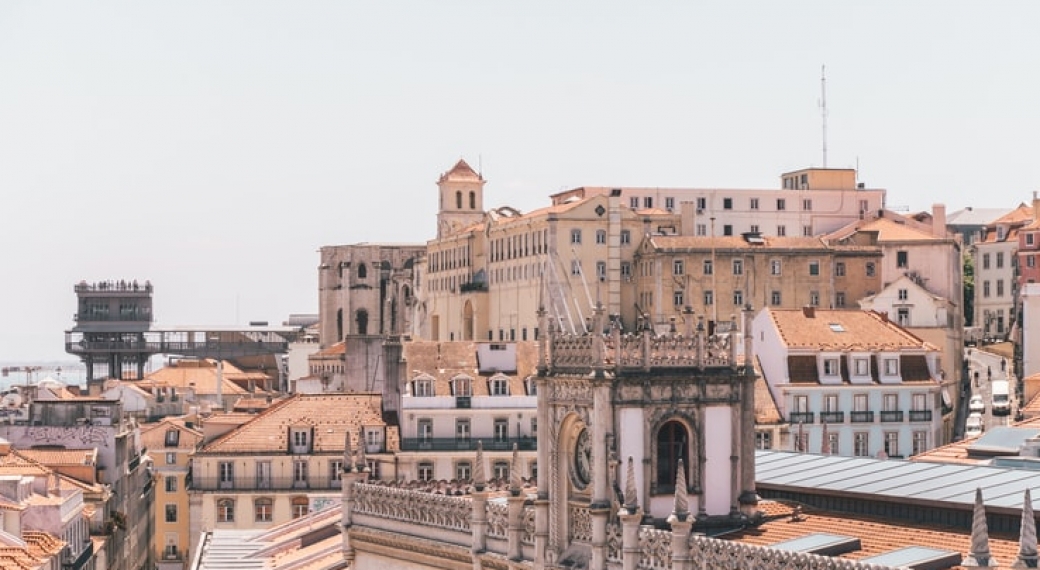 While exploring this city, you will notice that there is beauty around every corner, whether it’s the slightly ramshackle kind of glamour you find in historic Alfama, or the grand beauty of landmarks such as the Tower of Belem, one of the oldest of Portugal’s 17 UNESCO World Heritage Sites. Further, if you are craving for some luxury goods after an intense day of discovery, you need to go to the Avenida of Liberdade. There is also a part around the city that is waiting to be unveiled. Why you must be asking? Because is there that some incredible wine states are waiting for you to delivered amazing wine tastings, as well, pass you some historical facts about the estate. 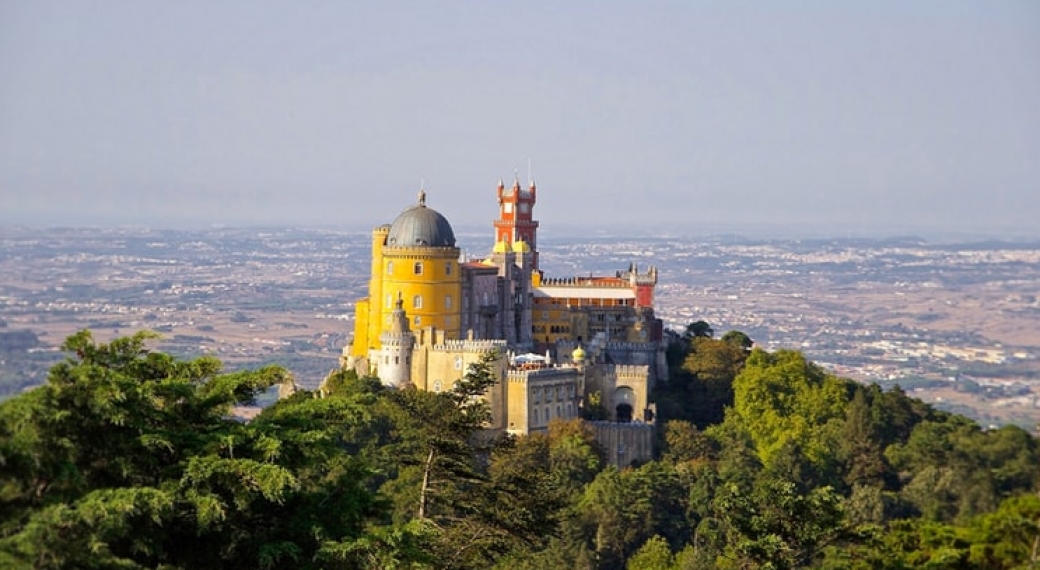 The beautiful town of Sintra is nestled in the pine-covered hills of the Serra de Sintra mountains west of Lisbon, it is a live fairytale of wonder. It is best known for its collection of castles, most notably the colorful Palácio Nacional da Pena and the more classical Quinta da Regaleira. 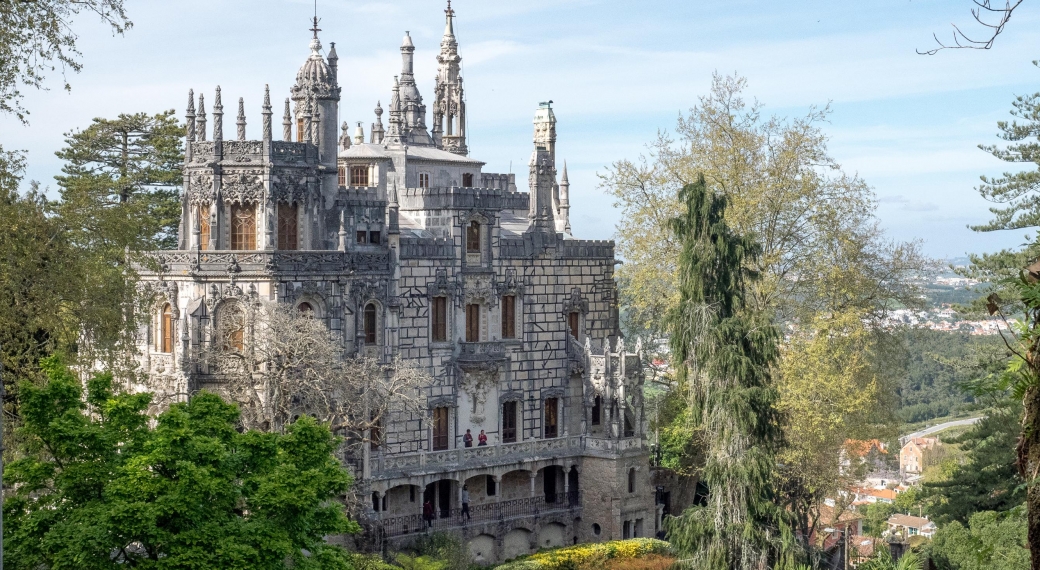 The history behind this magical place includes tales of how the nobility was forced to flee on the eve of the country’s bloody revolution. The Initiation Well at the Quinta da Regaleira – a deep hole that resembles an inverted tower – has a dark side too: The design is said to reflect Dante’s nine circles of Hell. 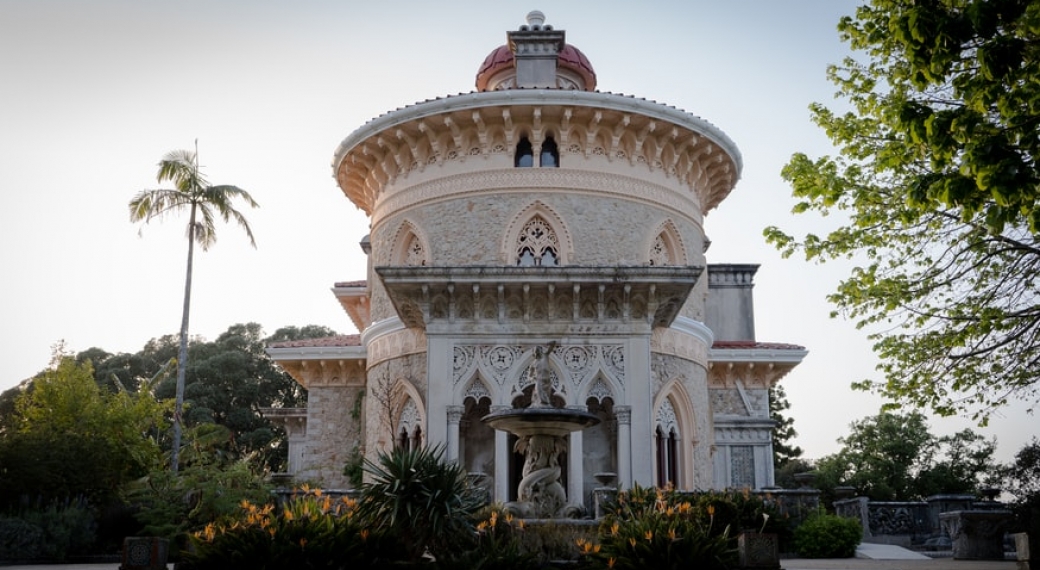 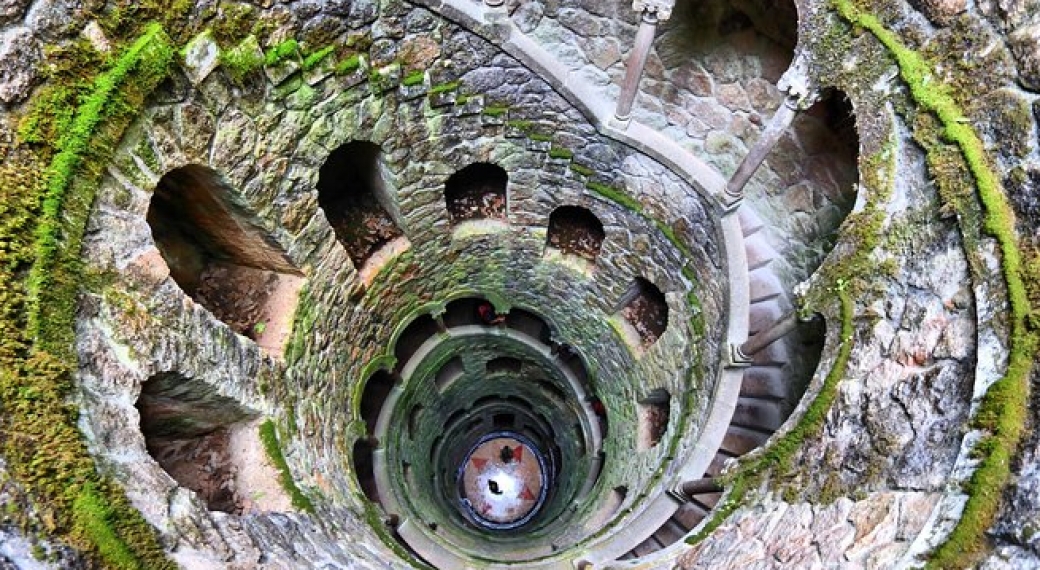 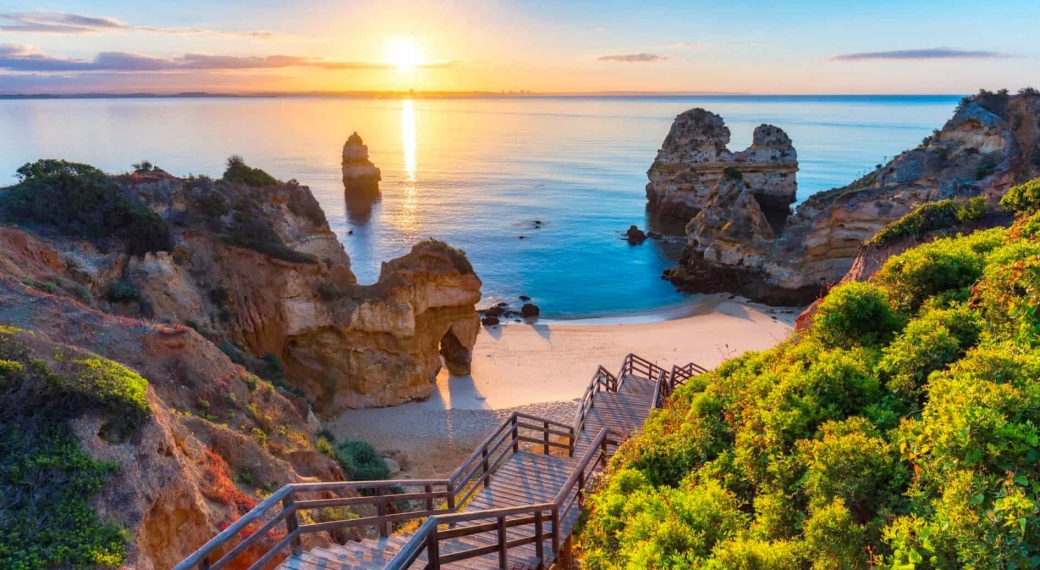 The Algarve is home to some of the most beautiful sandy and renowned beaches in Europe and is also without a doubt the country’s most dramatically beautiful stretch of coastline. 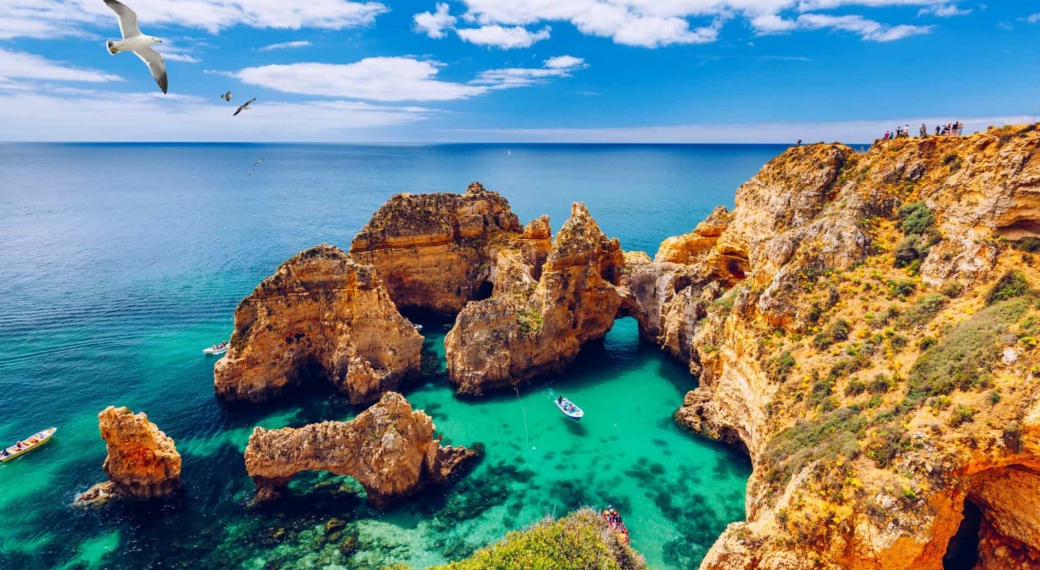 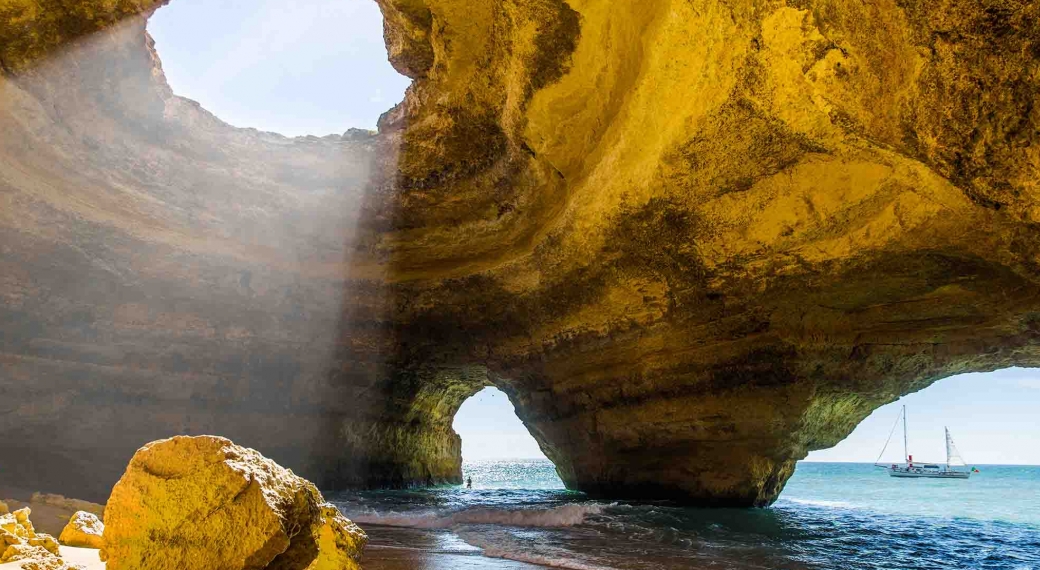 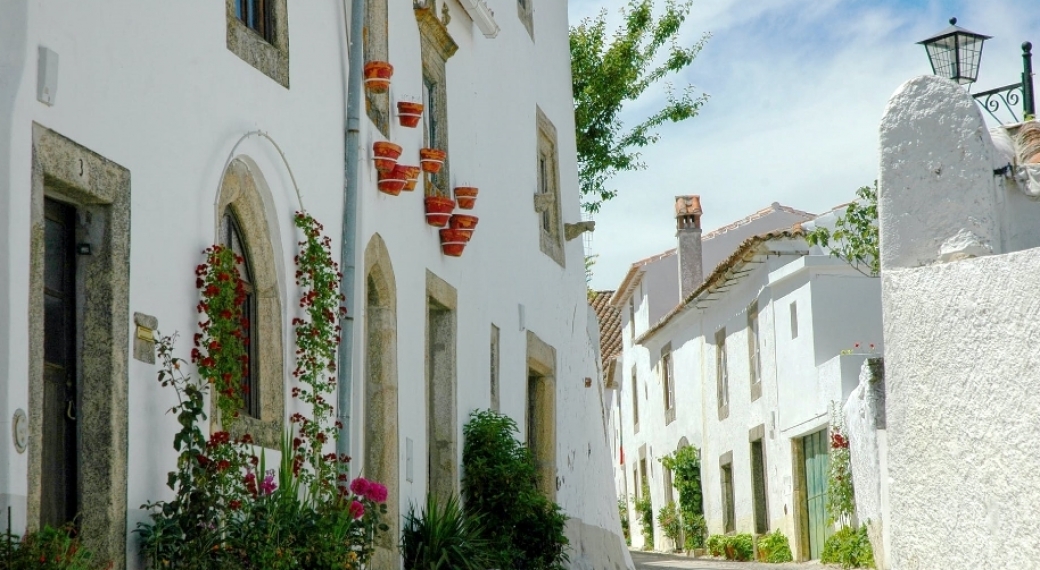 From the charming streets of the old town of Lagos to the cliffy Ponta da Piedade, with its natural sea arches and rock formations that frame picture-perfect Atlantic ocean views. Besides, there are also some incredible and stunning secluded beaches to be found – as long as you’re prepared to do some off-track walking. Further, this region is also very renowned for its golf camps, in which many lovers of this sport come to enjoy its camps that are surrounded by stunning scenarios. 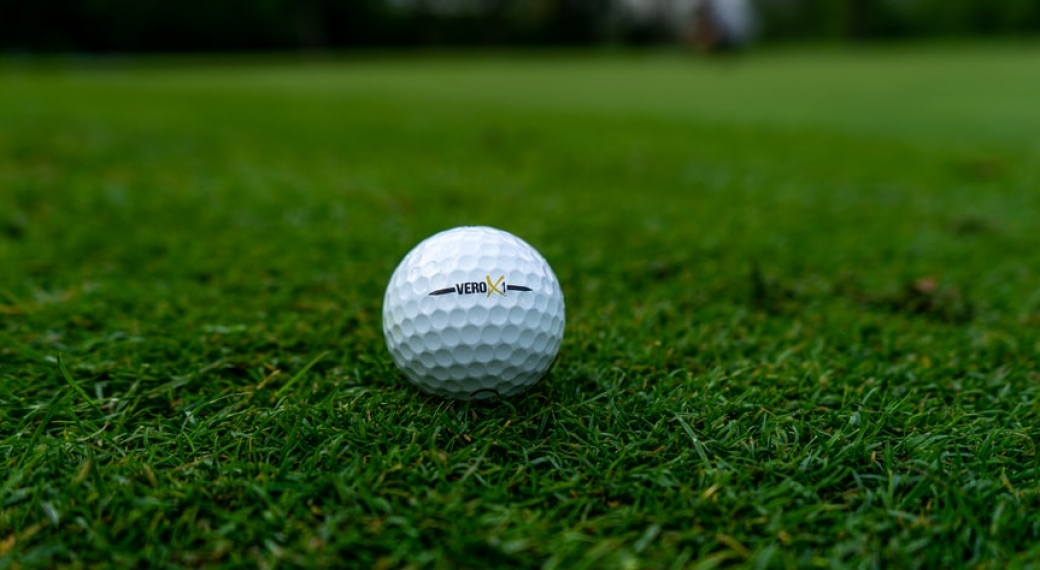 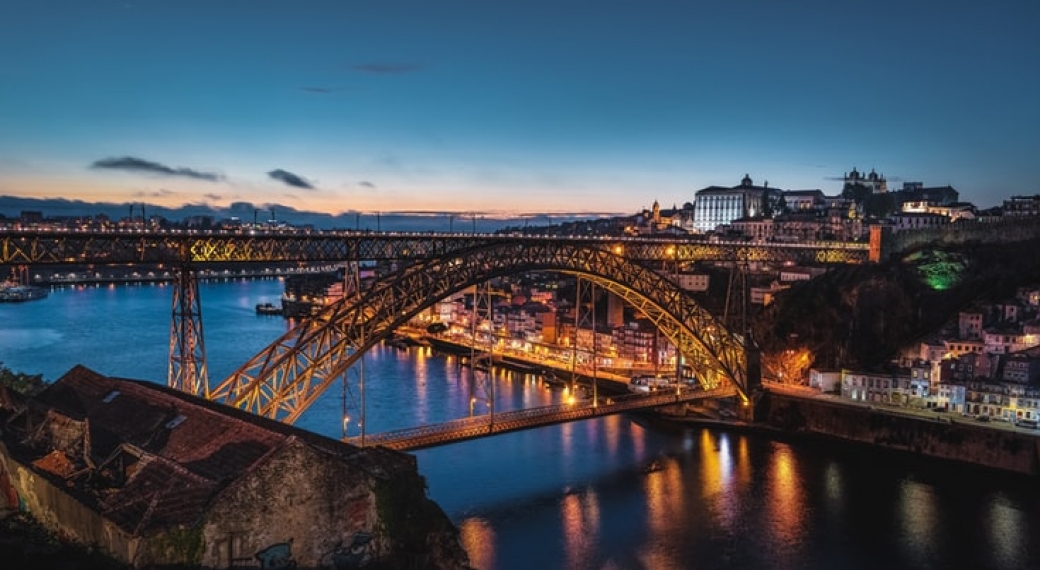 This second-largest city in Portugal may at first seem to resemble Lisbon in many ways, particularly in the architecture, riverside profile, and hilly streets. A great alternative to the capital, Porto is a cultural beacon that shines very brightly. 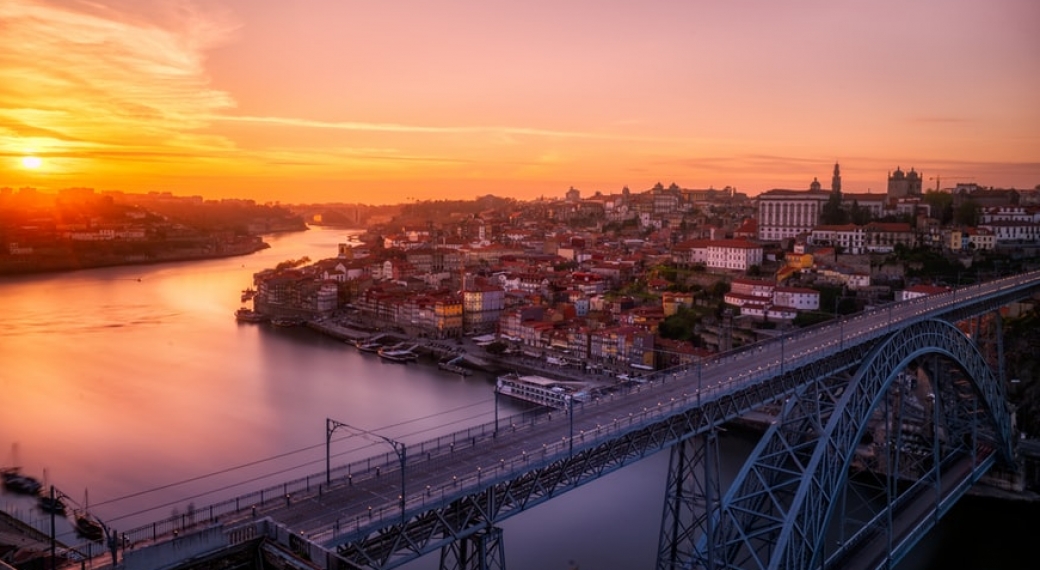 Porto riverside is simply beautiful, where rows and rows of houses bejeweled with Azulejos tiles sit pressed together. Sail on a Rabelo boat, explore the plazas and streets on foot and enjoy Fado music and a glass of Port wine in a Port wine cellar. 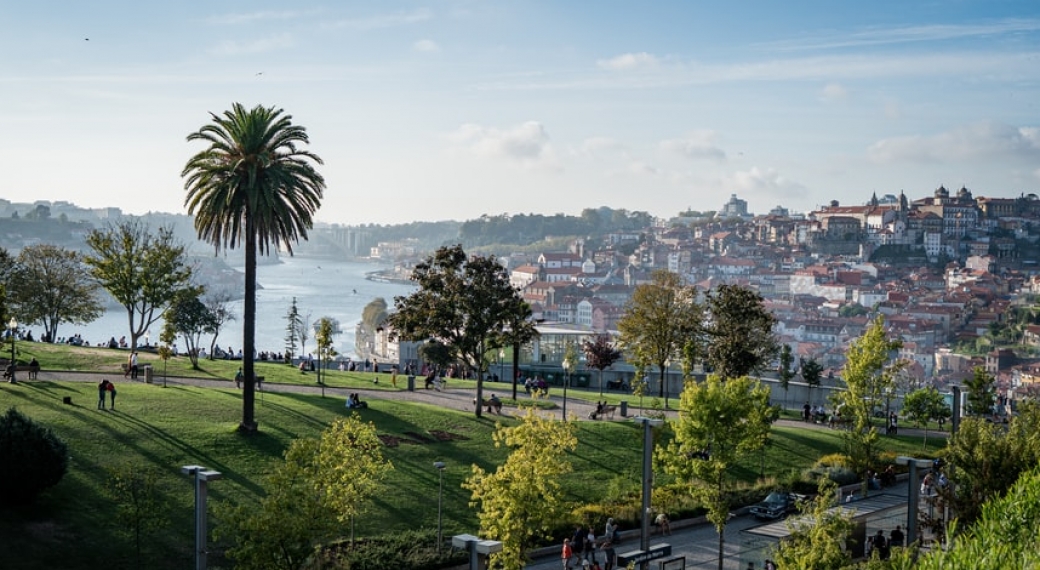 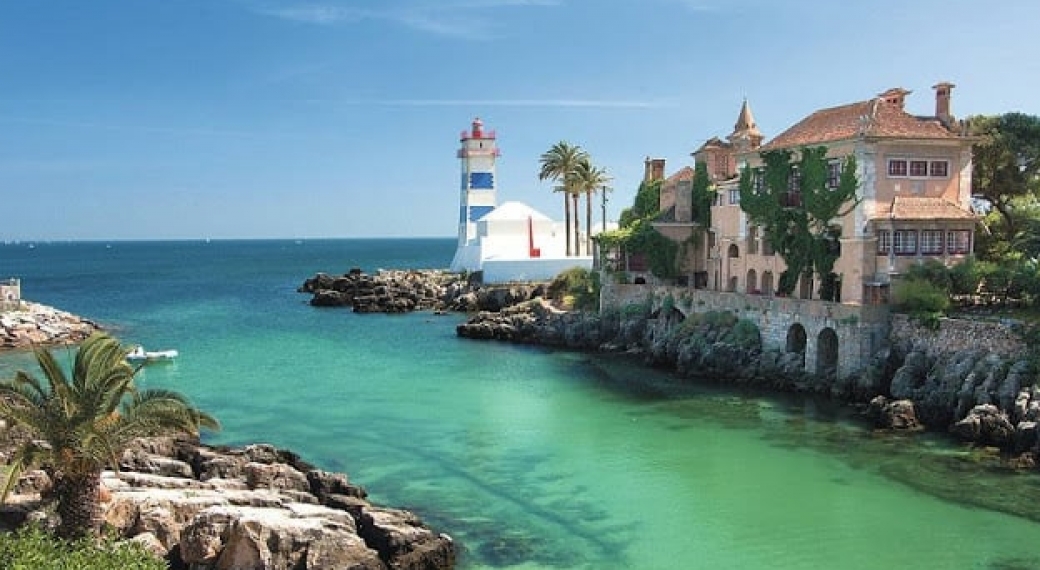 Cascais is a coastal settlement comprising cute towns hemmed in by a striking coastline of cliffs and sea arches. Spots like the Boca do Inferno bear a resemblance to the rugged formations around Lagos on Southern Portugal’s Algarve. 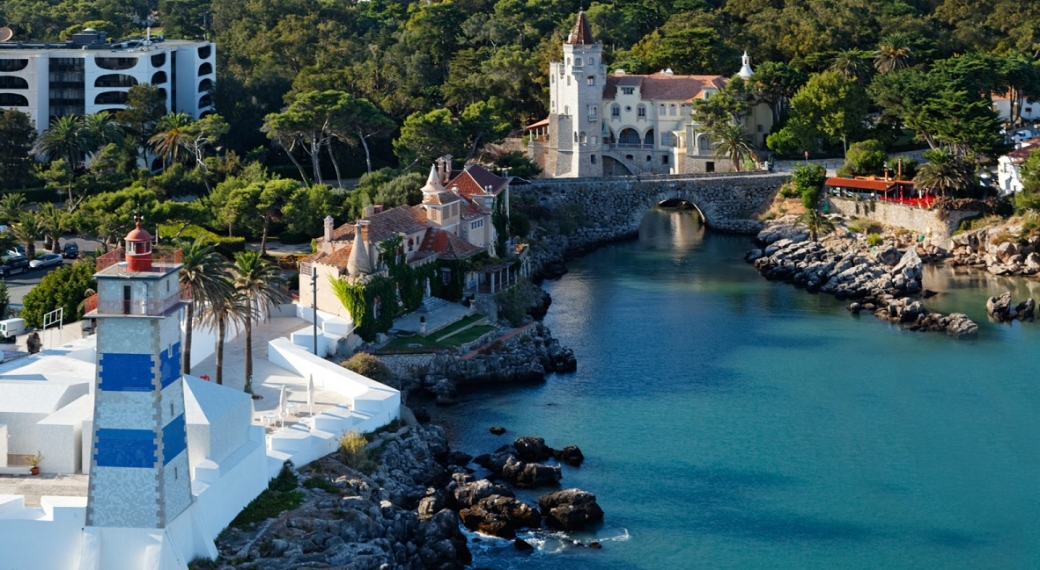 Cascais was made popular in the 1870s when King Louis I of Portugal chose this spot as his summer retreat, so it has been a place constantly chosen by the travel elite. The area still has a feel of old-world glamour and elegance, especially in the stunning palaces that dot the coastline. 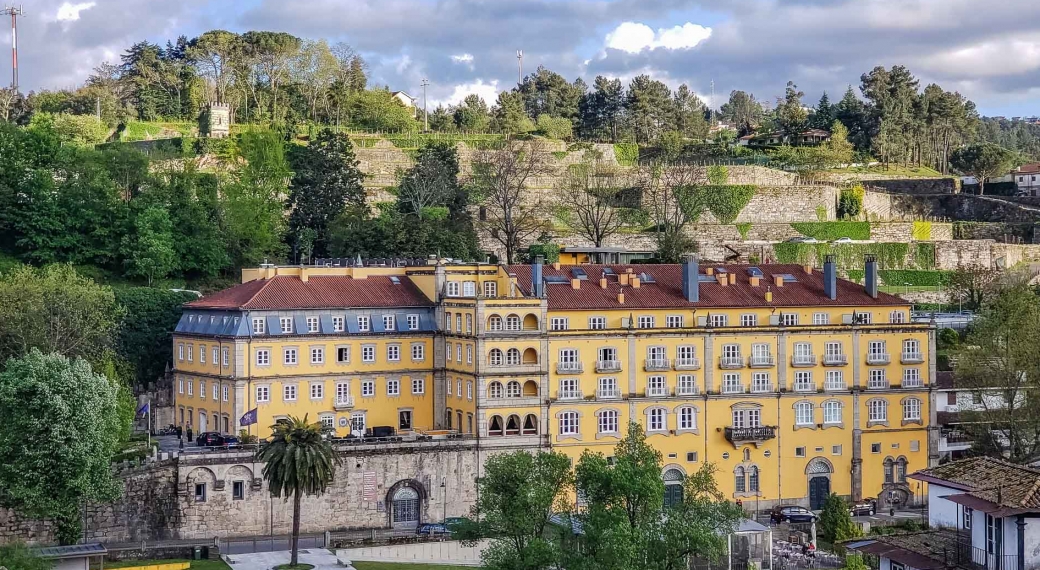 Located in the rich agricultural Minho province, Amarante straddles the river Tamega and is simply beautiful at first sight. 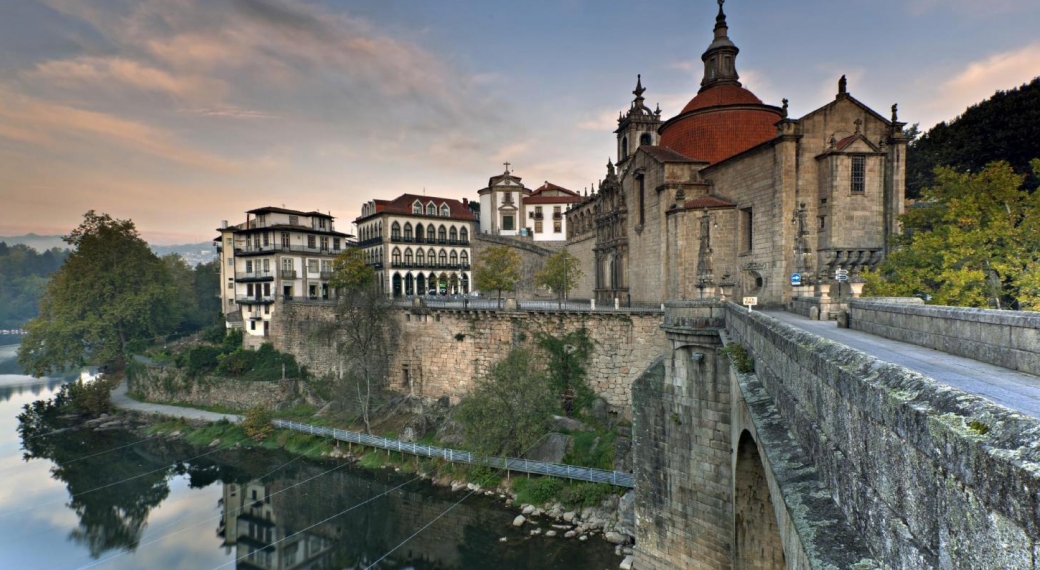 The picturesque water views with the arched stone bridge, Ponte Sobre o Tamega, reflected in its glassy waters. The tomb of Sao Goncalo, the town’s revered Saint, lies in the chapel of the church by the same name that you can't miss. Dating back to the 4th Century BC, Amarante is all charm and yet another fairytale-like beauty in Portugal.

In addition, while exploring the lovely Amarante don't forget to enjoy a unique meal at the awarded Michelin restaurant - Largo do Paço, you won't regret it. 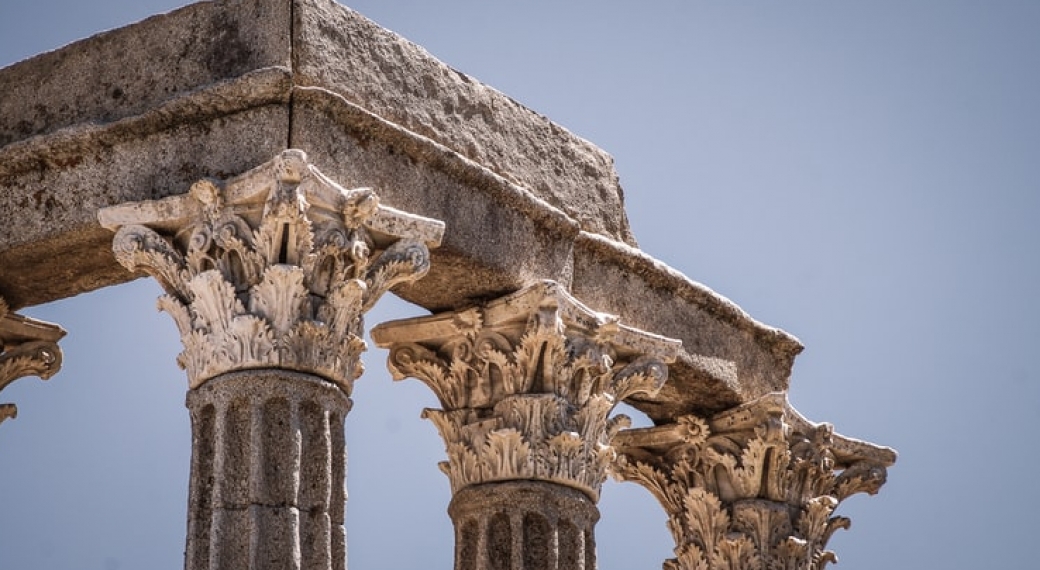 Capital of Portugal’s southern-central Alentejo region, Evora is the kind of city whose beauty grows and grows the more you learn about it. After all, Evora has one of the oldest and most interesting histories of any town or city in the country. 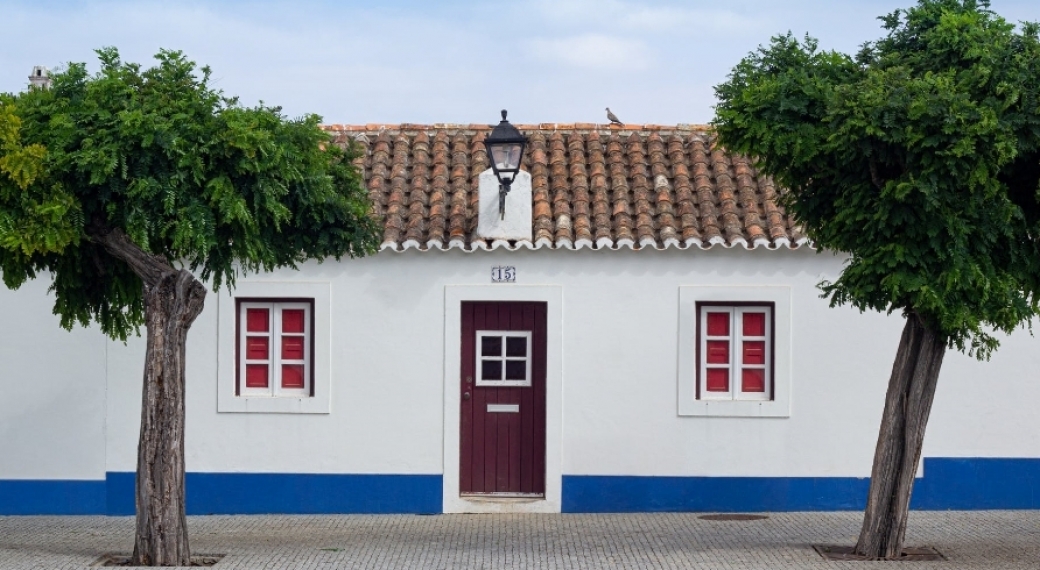 A member of the Most Ancient European Towns Network, it’s home to one of the world’s oldest universities, The University of Evora, which was founded in 1559. The heart of downtown is built around the ancient Roman Temple of Evora - the Temple of Diana - and it’s this structure’s columns that frame the Evora of today.

A Gothic cathedral, Baroque architecture, whitewashed houses built under the arches of an old aqueduct, and finally the strange yet beautiful-in-its-own-way Chapel of Bones are among the other things to unveil.

Alentejo holds an amount of beauty in its olive groves, fortified villages, and sun-bleached plains.

The Best Places to go in 2023: Melides, Comporta, Alentejo

What to Expect From Luxury Travel in 2023

Opulent and Unforgettable Experiences In Portugal

Comporta: Everything About this Elegant Real Estate Empire

A Luxury Travel Guide of Portugal

A Sublime and Luxurious Experience at Alentejo Region

How To Define Luxury Travel in 2022

Privacy is the New Luxury: Portugal's Most Exclusive Villas

The Most Luxury And Romantic Hotels in Portugal

Guide to A Luxury Golf Break in Portugal

What to Expect From Luxury Travel in 2022

The Ultimate Luxury Guide Of Lisbon, The City of Seven Hills

Jewish Path and the Sephardic Heritage in Portugal

Autumn in Portugal: Luxurious Ways to Enjoy It

As Safe as Home: A Luxury Family Travel Guide

Alentejo, Lisbon, Porto and Douro - How to live a Luxury Life in Portugal?

Porto as Your Luxury Destination of 2021

The Astounding Destination of the Year 2021: Melides, Alentejo

The Best of Luxury 2021: Life Can be Savored Trough Experiences that Fell Like Home

Feel Like Royalty by Staying at Pestana Palace in Lavish Lisbon

Enjoy the Fall Wine Harvest in These Charming Hotels

The Best Portuguese Luxury Villas for a Superb Stay

How To Plan the Ultimate VIP & Luxury Trip in Portugal

Luxurious Destinations to Experience a Exquisite Mixture of Culture and Diversion

What's the Best Time to Book your 2021 Luxury Vacations? Now.